New to Weld? Getting started on your analytics journey? Join the community. 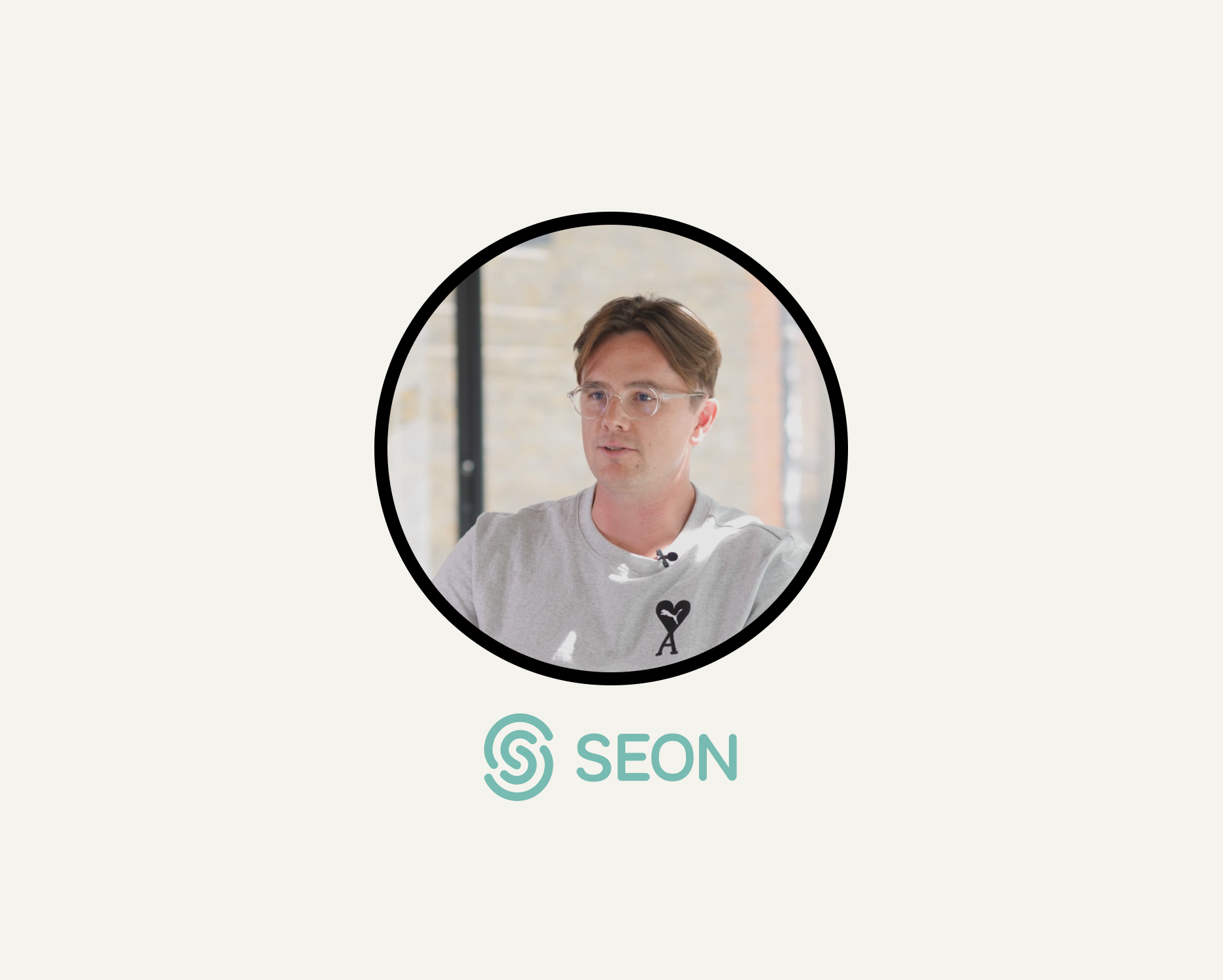 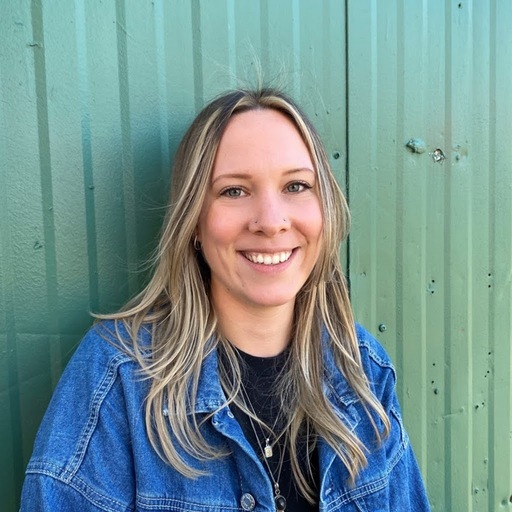 We recently had the opportunity to sit down with Guy Longton, Head of Revenue Operations at SEON, to learn more about the company’s fraud fighting mission and how they use data to get there. Keep reading to get a full picture of how SEON is helping companies stop fraud in its tracks, and how reliable data powered by Weld is helping them get there.

SEON is a fraud prevention company designed to help businesses small and large to stop fraud before it happens. They do this by uncovering fraud patterns in a company’s data and finding opportunities to reduce risk and improve revenue.

In an increasingly technology-driven world, fraud is on the rise, and traditional fraud fighters are costly and cumbersome. SEON’s mission is to democratize fraud-fighting, making it more affordable and accessible to every business. Since launching in 2017, SEON has seen great success as the most well-funded Hungarian startup to date.

“It’s been a whirlwind, I would say.”

Guy joined SEON in August 2021, and since then he’s been working hard to build out the company’s revenue function. This has included hiring a few key players and partnering with Weld to manage company data.

SEON’s data operations began to take shape in the form of several Google Sheets to get a picture of revenue function and how successful the go-to-market strategy was. But this quickly proved not to be a scalable solution, and resulted in scattered, inaccurate data reporting. As Guy puts it:

“The challenges we faced with our previous reporting setup were based on out-of-sync data and people using incorrect or different filters and coming up with different conclusions when they were analyzing the same set of data.”

Not only was the previous setup leading to misalignment across departments, it also took dedicated time and effort to maintain and make use of. This resulted in a heavy additional workload for several employees and stakeholders. According to Guy:

“It was quite a time-consuming process, it required us to have a few hours each dedicated to this analysis.”

Weld has become the hub of SEON’s data stack, and the single source of truth for company data. Data from several sources including Hubspot, Mixpanel, Amazon S3, and all of their ad platforms have all been brought together in their BigQuery data warehouse via Weld's ELT pipelines. Guy needed a solution that would be quick to set up and easy to manage. In his own words:

“The greatest impact Weld has had so far is to bring all of our data to light and to unify it in one central location. What interested me personally in Weld was the offering of a tool that brought all of your data together in a single and easy to use platform that required no data engineering and was able to be set up by someone like myself as an operations manager.”

That last piece in particular is a big part of the value Weld has brought to SEON. Because the platform is accessible to those who aren’t technical data experts, it made getting the company’s data operations off the ground possible without a fully-stacked in-house team. Guy elaborates:

“Our data analytics team is currently zero. And that is powered by the fact that we rely upon Weld. Weld has been able to financially save us tens of thousands of euros by having outsourced data operations and not having to rely on in-house expertise for this area.”

Weld in action at SEON

One of the first things SEON has accomplished with Weld is automated reporting. This has reduced data discrepancies and analysis inconsistencies, and saved everyone a lot of time. Guy shared with us:

“Since we’ve been on the Weld platform it’s become completely automated, saving us those valuable hours. Weld has saved us up to 10 hours a week on this analysis and data governing, and has been a critical function to helping us scale as we’ve grown.”

As a usage-based company, it’s essential for SEON to get an accurate and reliable measure on their revenue day-to-day, and week-to-week. Weld supported a recent gap analysis between actual and potential invoice amounts, leading the team to make better, more data-driven decisions to increase revenue. Guy explained to us in more detail:

“We had a business problem, being a usage based company. We rely upon our salespeople to estimate maximum ticket size, and by using the Weld platform we were able to help surface the delta that existed between what we are currently invoicing and what we could potentially be invoicing based on what the Weld application was able to help us reveal.”

What’s next for SEON?

Looking to the future, SEON sees an exciting horizon. They’re currently working towards product-led growth, starting with allowing new users to self-onboard into a free trial. As they strive towards their fraud-fighting goals, there’s no doubt data will continue to play a major role in their success.

To learn more about how Weld can support your company's data journey, book a call with one of our data experts or sign up free → 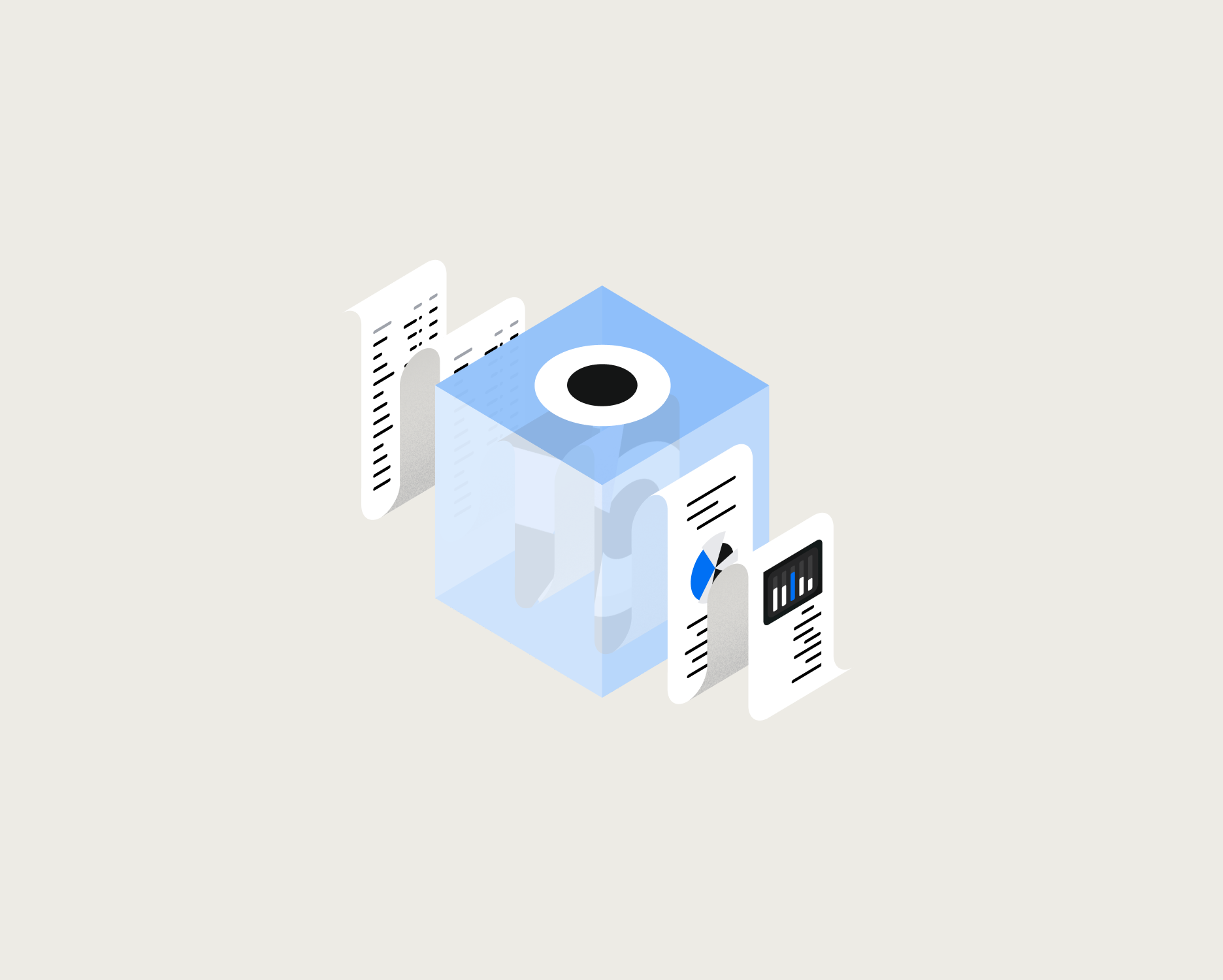 How to Create a Sales Forecasting Model — Webinar Recap

How to Create a Sales Forecasting Model — Webinar Recap

Christian Sassano shared his methodology for building a sales forecasting model in a recent webinar. Read the recap and watch the replay here.
Tools & Tips
June 22, 2022
by
Nora St-Aubin 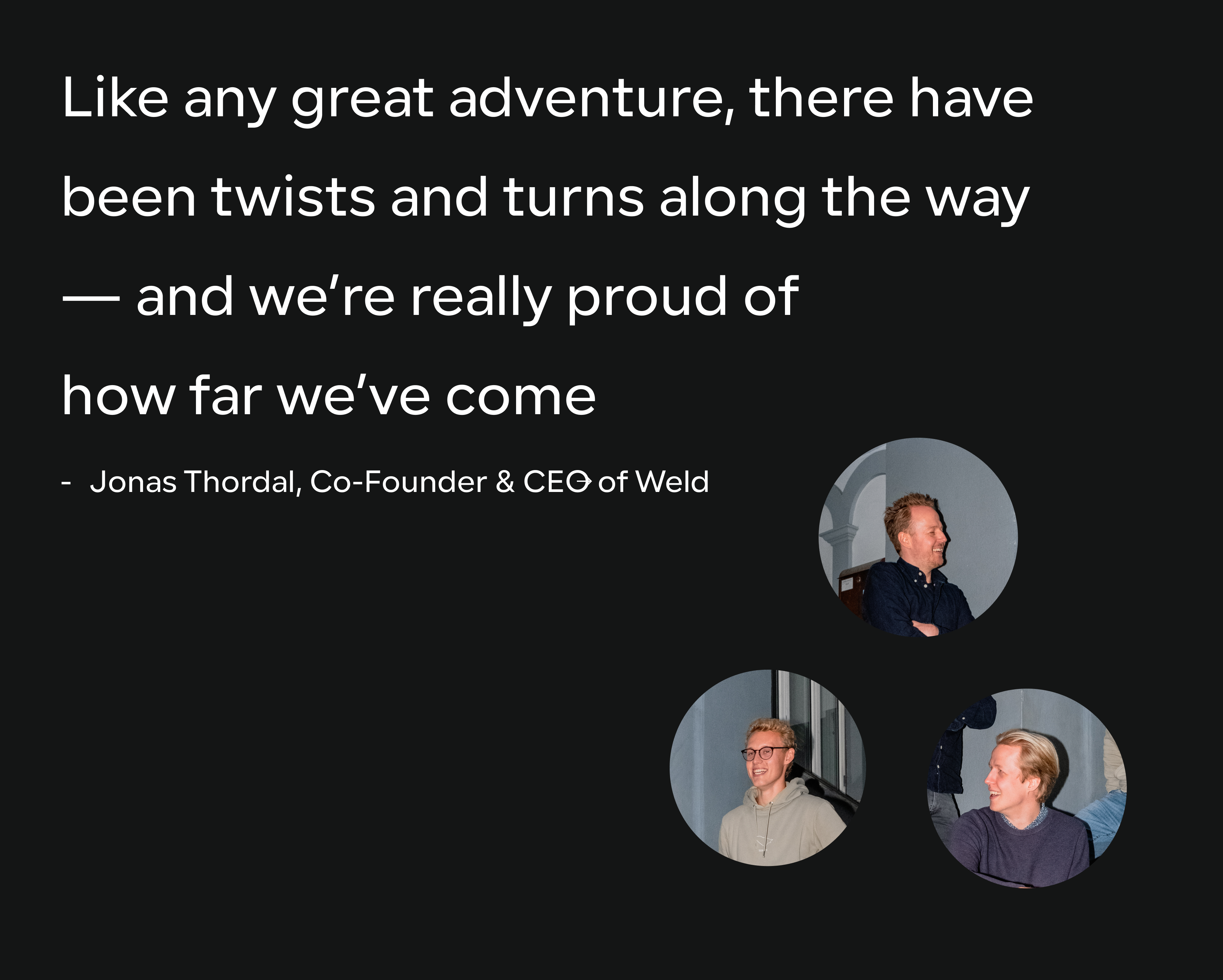 Out of beta and into the wild: Weld is now free to use and faster than ever to set up

Out of beta and into the wild: Weld is now free to use and faster than ever to set up

It’s been a little over a year since we started Weld to help companies become data-driven faster, and it’s already been quite a journey.
Updates
June 16, 2022
by
Jonas Thordal 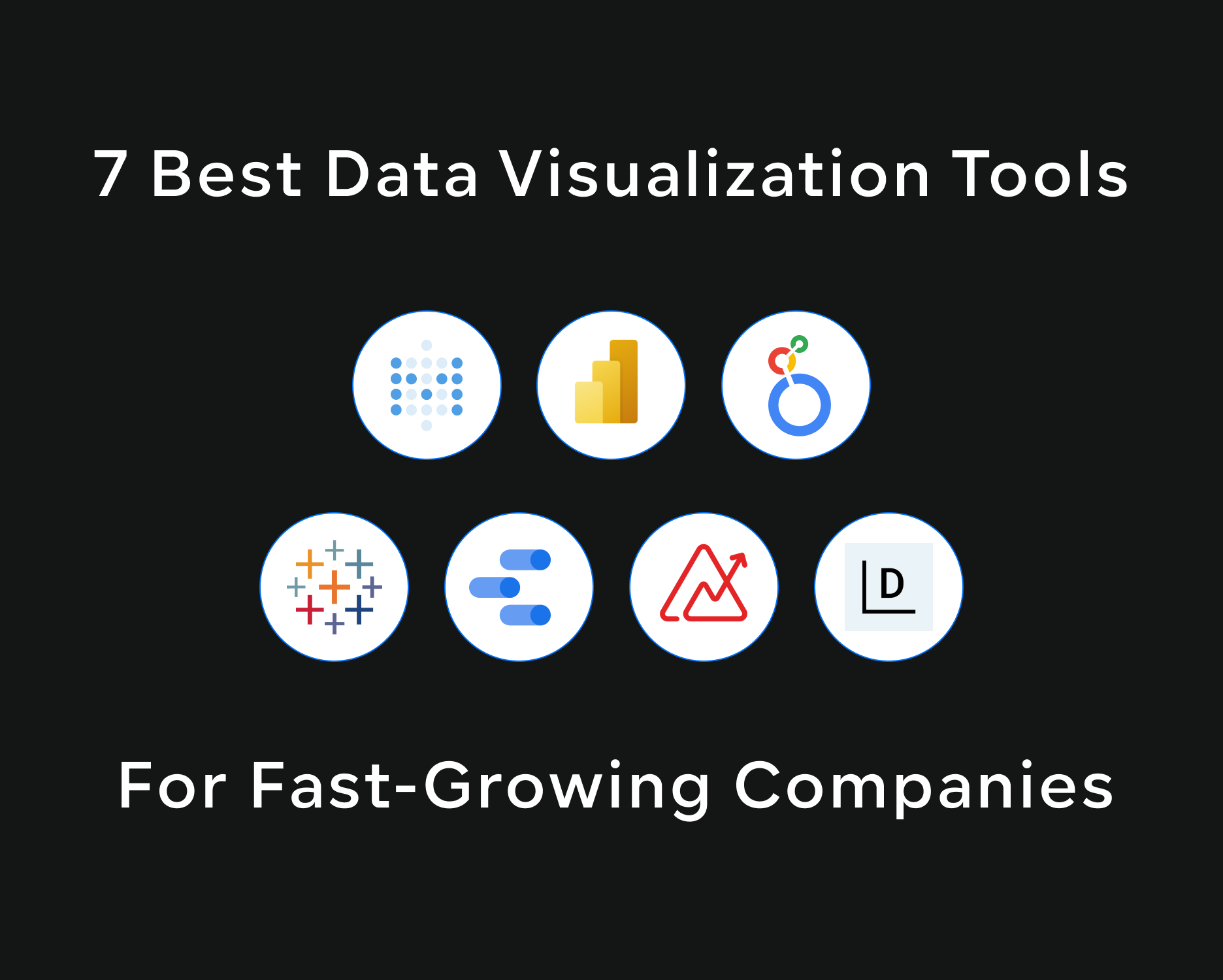 Picking the right visualization tool for your business is a crucial step to becoming data-driven. Here are our recommendations to help you find one.
Tools & Tips
June 14, 2022
by
Jonas Thordal 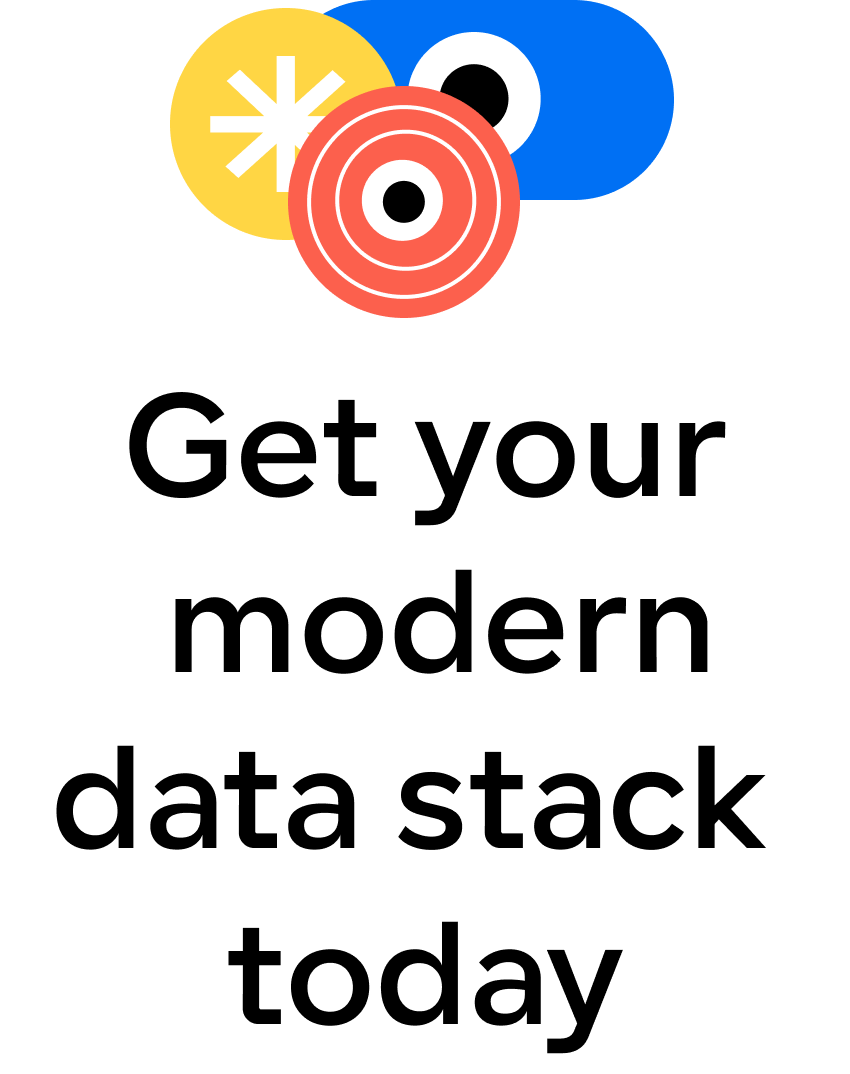 Run all your data operations in one simple platform – with help from a dedicated team of data analysts. Get started today for free.
Get started